The founding of the organisation

In spring 2007, the multiculturalism association Familia Club decided to apply for funding for a project to find out whether there was a need and a place for tighter cooperation among multiculturalism associations. They often received enquiries on the subject. The organisation obtained funding for the project and during the year the project workers interviewed several dozen representatives of associations and public authorities, presented the project and identified expectations and wishes for cooperation and social influence.

According to the report, cooperation was deemed necessary, and Familia Club received follow-up funding for 2009-2010 for the Helsinki Metropolitan Area Immigrant and Multicultural Associations Together project, or the Moniheli project for short.

Towards the end of the project led by Familia Club, 31 multicultural organisations founded Moniheli on 17 April 2010. At the inaugural meeting, a 16-member board was formed and four deputy members elected. A six-member advisory board was also formed. Mohammad Shabbir was elected as the first Chairperson of Moniheli. Moniheli was officially registered with the Patent and Registration Office on 22 September.

Since its creation, Moniheli has developed its organisational structure, strengthened the cooperation between different organisations and increased its membership. Once the organisation had stabilised, the work focused particularly on increasing engagement. The organisation wanted to represent a broad range of actors and their stronger collective voice in society. In the early years, the The Finnish Refugee Council Järjestöhautomo was Moniheli' mentor.

In 2012 Moniheli received an EU grant (SOLID) to increase immigrants' participation in the municipal elections, and under iCount 2 and 3 we encouraged them to contribute to society in different ways. This work has continued with the Our Election campaigns.

Moniheli was elected to The Advisory Board for Ethnic relations (ETNO) for the first time in 2012.

Moniheli has participated in the World Village Festival in Helsinki since 2011 and has been the main organiser of the Multicultural Independence Day since the organisation was founded. In the first years it took place at the Cultural Centre Caisa. 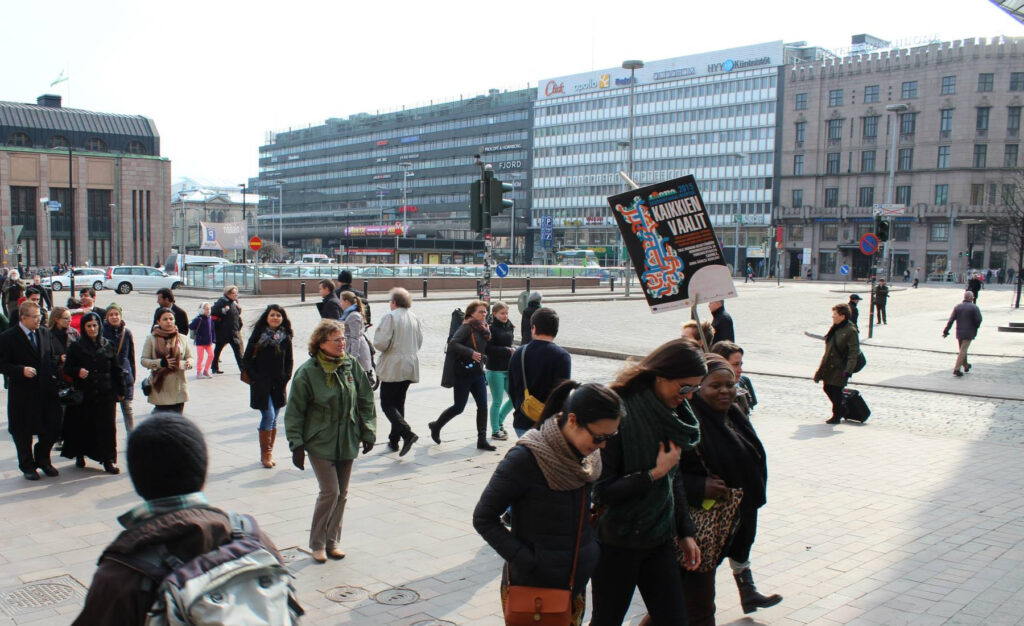 Since 2016, Moniheli's activities have been funded by the Funding Centre for Social Welfare and Health Organisations (STEA). It has included both member organisation grants and project funding, which has allowed established forms of activity and covering a wider range of topics.

In 2020, the pandemic had a major impact on the organisation's work, with many events going online, including the World Village Festival, a joint event of many NGOs. The Multicultural Independence Day has been celebrated on 6 December since 2006, bringing people together to celebrate their old or new homeland, Finland, but it too had to be held online.

The Working in Finland project developed models to promote the employment of highly skilled immigrants. The project was funded by the European Structural Funds.

Through the project, Moniheli met around 300 highly qualified international jobseekers over an 18-month period. We supported their job search through training, peer mentoring, CV clinics, coaching groups, individual counselling and numerous events. The mentors were highly skilled immigrants who were employed in their field.

With support from the Ministry of Justice, Moniheli organised the Kaikkien Vaalit (Everybody's Elections) project between 2015 and 2019, which consisted of tours with election panels in 2015 and 2017. In 2019, we organised activation workshops to raise the concerns and aspirations of foreign language speakers with election candidates and decision-makers. From the end of 2019 onwards, Kaikkien Vaalit continued as a project called Municipal Democracy for All!, creating links and interactions between city decision-makers and foreign language speakers.

In 2021, because of the pandemic, our campaign was largely online. In March-April 2021, as part of the Kaikkien Vaalit project, we organised an online municipal election panel tour. In these events, we explored the themes of social diversity and internationalisation, as well as issues that affect everyone at local level.

Over the years, Moniheli's democracy activities have been supported by the City of Helsinki, the Finland 100 Jubilee Fund, the Ministry of Justice and ETNO, among others.

The iCount project was launched in 2012. The aim of the project was to provide as much information as possible about the right to vote in the different elections in Finland and the importance of voting. The information was produced in different languages. We have actively sought to increase dialogue between foreign-language speakers and decision-makers, especially in the run-up to elections, so that foreign-language voters, whose issues are decided in politics, can also participate on an equal footing. 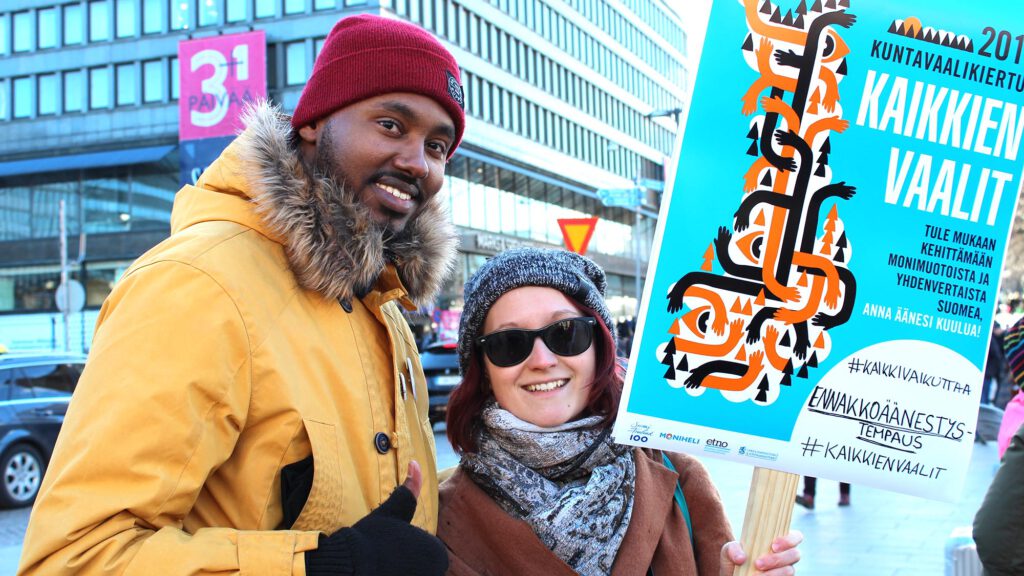